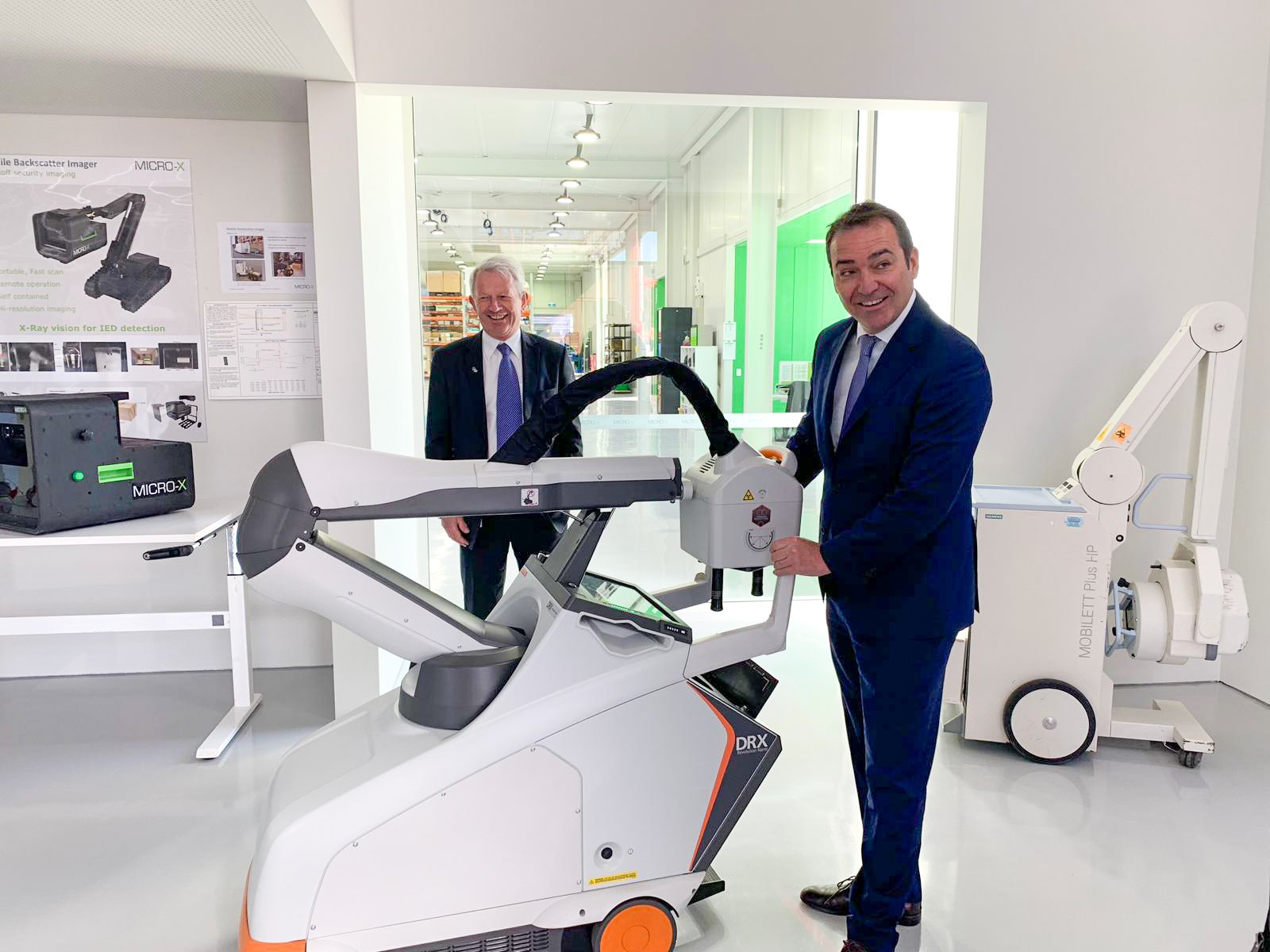 Tonsley-based manufacturer Micro-X reached a major milestone this week when it launched its in-house production of carbon-nano tubes, making it one of only two companies in the world with this capability and the first in Australia to do so.

Micro-X Limited is an ASX listed hi-tech company developing and commercialising a range of innovative products for the global health and security markets, based on proprietary cold cathode, carbon nanotube emitter technology.  The electronic control of emitters with this technology enables X-ray products with significant reduction in size, weight and power requirements, enabling greater mobility and ease of use in existing x-ray markets and a range of new and unique security and defence applications.  The company has its core R&D, engineering and production capability at Tonsley.

The expansion of the company’s premises has been designed to meet medium term production requirements for the Carestream DRX Revolution, which is sold globally to hospitals and healthcare organisations by Carestream Health Incorporated, and provide production capacity for the new Micro-X Rover military bedside imager currently in development.

The expansion also provides new space for development and testing of the Mobile Backscatter Imager (MBI) to assess improvised explosive devices for counter-terrorism. This is now gearing up as a result of the finalisation of a partnership with French defence giant, Thales, to develop a new high-speed airport checkpoint security system which will be sold to airports worldwide.

Other features of the new expansion include expanded mechanical and electrical engineering laboratory space, a walk-in shielded room for customer demonstrations and a pe-production and prototype assembly area.

The expansion will also allow Micro-X to carry out its own engineering prototyping, which previously had to be outsourced due to space constraints.

“This increase in facility space at Tonsley will greatly expand our production capacity and support development activities for our future products including the MBI project with Thales,” Peter Rowland, Micro-X Managing Director

“This expansion also comes at a key time for us to ensure we can meet projected demand for the Carestream DRX Revolution Nano for the medium term.

“We now have 42 highly skilled staff across the production, engineering, development and administration teams at Tonsley and this expanded facility allows the team the benefit of working together at a single integrated site.”

Micro-X’s facility at Tonsley was built to the company’s specification by Renewal SA, an agency of the South Australian Government, which is developing the innovation district at the 61-hectare site of the former Mitsubishi car manufacturing facility in southern Adelaide.

The company’s premises are under the five-hectare roof of the Main Assembly Building of a former automotive assembly plant, which has been converted into a major hub for high-tech industries.

“We are delighted that Micro-X has grown its capability at Tonsley.” said Tonsley Precinct Director Philipp Dautel.

“Micro-X is a founding Tonsley tenant and a leading example of the globally focused advanced manufacturing industries that South Australia is attracting and growing here." Philipp Dautel, Tonsley Precinct Director

“This expansion by Micro-X also demonstrates the flexibility of being located at Tonsley, as our district has the space for companies to expand their premises as their businesses grow.”  said Tonsley Precinct Director Philipp Dautel.