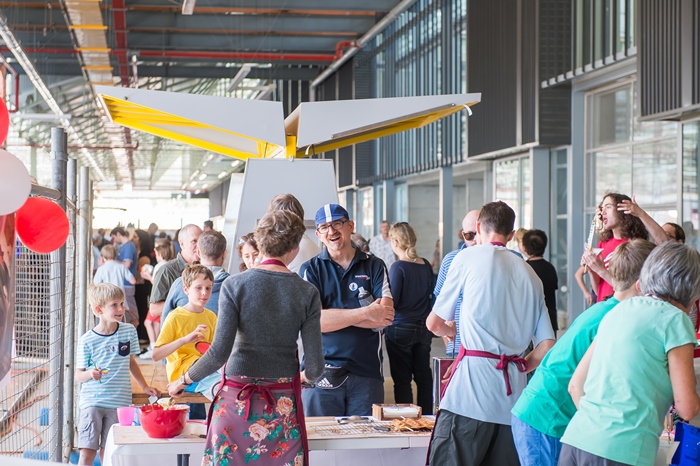 "We want makers to bring their work out of the shed, workshop, classroom or workroom and be part of the biggest show and tell in Australia. This will be a showcase of invention, creativity and resourcefulness and a place where people show what they are making, and share what they are learning." Alison Kershaw, Chair of SA Makers Inc, producers of Maker Faire Adelaide

Since the first Mini Maker Faire in 2013, the Adelaide event has grown vastly in popularity and 2016 will be the largest yet. In fact, it has outgrown its ‘mini’ name.

In November 2016, Adelaide will be the first Australian city to host a featured Maker Faire. With Adelaide audiences twice the size of the average Mini Maker Faire, again proving we live in a truly global city with a large appetite for creativity and innovation. We will be joining cities such as Paris, Austin, Cairo and Vienna producing a large scale independent event that is all about makers, inventors, artists, designers and entrepreneurs.

“Maker Faire Adelaide will also work to promote making along with innovation and entrepreneurship in South Australia. At a time when jobs are disappearing through both offshoring and automation, the maker movement shows another potential path besides job-seeking — to make your own job.”

The 2016 event will showcase the skills and talents of creators, tinkerers, hackers, inventors, crafters and artists from all over South Australia. Everything from drones, daleks, soap making, Steampunk enthusiasts, quilting and soldering make up the biggest celebration of makers and making in Australia.

There will be over 100 exhibitors this year which makes the event even larger than 2015’s event. Some highlight makers this year include Joshua Smith and his miniature streetscape artwork, Bright Sparks Science Club, Blakesby’s Hats and Adelaide FPV Racing Drones. The full list of makers is now online.

This year there is a range of workshops to give you a chance to get hands on. Guests can build their own robot, 3D print an object or even program a microcontroller. Maker Faire Adelaide workshop reservations are now online.

We invite guests from tech enthusiasts to crafters to scientists to garage tinkerers of all kinds, ages and backgrounds to come and enjoy Maker Faire Adelaide 2016.

Tickets are $5 (children under 16 are free with an accompanying adult) and can be purchased at the door or online.

Maker Faire Adelaide is a curated event, to ensure a fascinating mix of exhibits, speakers and things to do.

The 2016 Maker Faire Adelaide is being produced by SA Makers Inc, a not for profit association formed to advocate and support the maker movement in South Australia.

Interviews and photo opportunities are available.