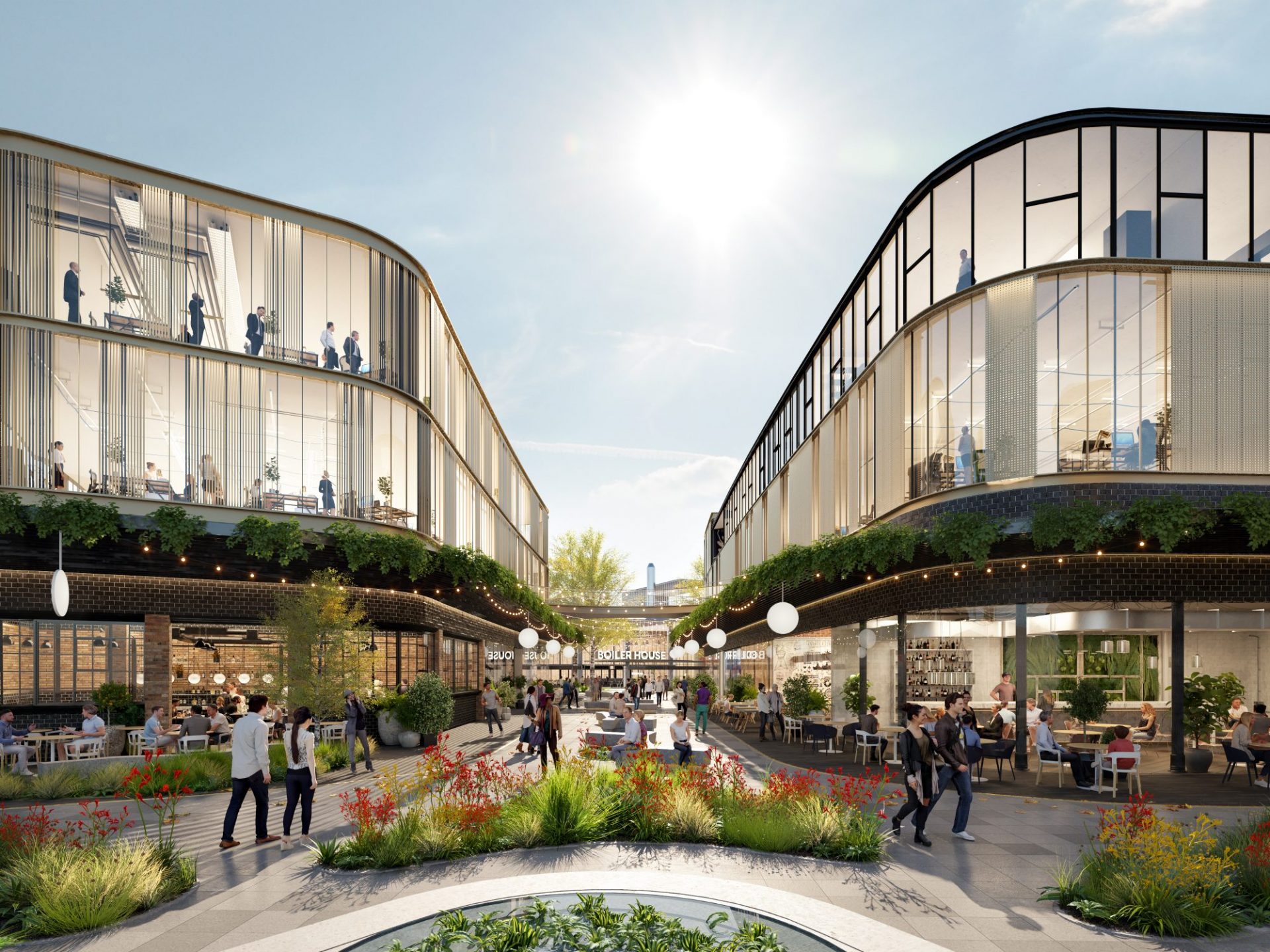 A supermarket, speciality shops, cafes, restaurants and offices, set amongst extensive landscaping, is being planned for Tonsley Innovation District by Peet Limited, the developer of neighbouring Tonsley Village.

The company has been named as the preferred proponent, following a call by Renewal SA for expressions of interest to purchase and develop an allotment on the western side of the award-winning Main Assembly Building, or MAB.

Renewal SA, which manages Tonsley Innovation District, is now negotiating a sales contract with Peet to buy the 1.1 hectare parcel of land and develop it for retail and mixed use.

Renewal SA Acting Chief Executive Mark Devine said the hub was integral to realising the vision of Tonsley as a vibrant, mixed use precinct that encompassed industry, research, education and residential.

“It is set to become one of Tonsley’s meeting, entertainment and retail places, and a hospitality drawcard for southern Adelaide,” Mark Devine, Acting Chief Executive, Renewal SA

The allotment is next to Tonsley’s main western entrance and the landscaped Western Plaza and is on the main thoroughfare leading to Clovelly Park railway station.

Peet Managing Director and CEO Brendan Gore said the hub’s proposed design would blur the lines between indoors and outdoors.

“The concept embraces an open-air feel, with tables and chairs spilling out to paved outdoors areas, all wrapped up in green surrounds and will be a refreshing move away from the closed-in mall experience,” he said.

“Our vision for the centre includes a supermarket with a focus on fresh food and organic products, plus speciality stores, cafes and restaurants. Office spaces will be built above the retail outlets, enabling workers to take advantage of the cafes and restaurants before, during and after work hours, further activating the precinct." Brendan Gore, Managing Director and CEO, Peet

Mr Gore said it was envisaged that the retail and hospitality outlets would have extended trading hours, in line with people’s lifestyles and changing consumer behaviour.

Peet is building 850 apartments and townhouses which will house about 1,200 people in Tonsley Village, on the northern side of the MAB. To date, 115 homes have been sold, 45 apartments are under construction and 50 homes are slated for completion by mid-year, when the first residents move in.  Work has started on civil construction for Stage Two of Tonsley Village and homes have been released for sale in Stage Three.

Tonsley Innovation District is located on the site of the former Mitsubishi car factory in Adelaide’s southern suburbs. The district is now home to more than 30 businesses and more than 1400 people are employed on the site – more than when the last car rolled off the production line in the MAB in 2008.