South Australia’s SAGE Automation will begin exporting locally manufactured and supported product Sanitizit into the South American market from the 23rd of April, forming a key part of the SAGE Group’s strategy for going global.

Based in Tonsley Innovation District, SAGE Automation, a SAGE Group company, are supplying and supporting the units through the Australian and New Zealand markets, and through their partnership with fellow South Australian business, Donoso & Sons, have been able to access export opportunities in South American regions.

The units have been designed to fully disinfect high-touch, fundamental resources in public and business environments.  Through the delivery of a fine and fast drying mist, Sanitizit can cost-effectively and quickly disinfect items such as grocery baskets and trolleys, sports equipment, luggage trolleys, wheelchairs, and hospital gurneys.

Sanitizit units are already in place locally in Australia in Drakes Supermarkets, Barossa Fresh, and a number of Woolworths stores in NSW and Victoria:

SAGE Automation have integrated their SAGE Edge device into every Sanitizit unit.  This locally engineered, industrial digitalisation device connects through to SAGE’s National Operations Centre, and allows for central configuration, monitoring, tracking and maintenance of all units, across the world.

The South Australian government has been prioritising opening up new markets for local companies wishing to export, and Minister for Trade and Investment, Stephen Patterson MP has celebrated the partnership between SAGE Automation and Donoso & Sons.

“We’ve opened trade offices across the globe in key markets and created a suite of export programs for businesses to take advantage of. I’d like to congratulate SAGE and Donoso & Sons for this significant export milestone, and I look forward to seeing their products rolled out in countries around the world.” Stephen Patterson MP, Minister for Trade and Investment 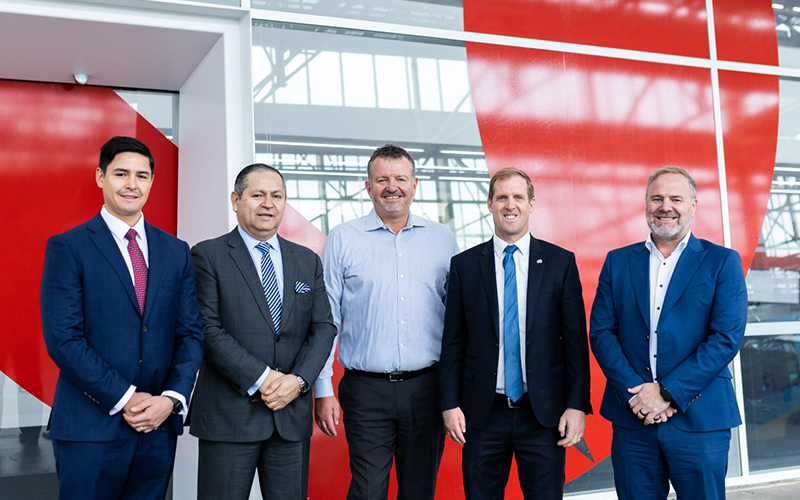