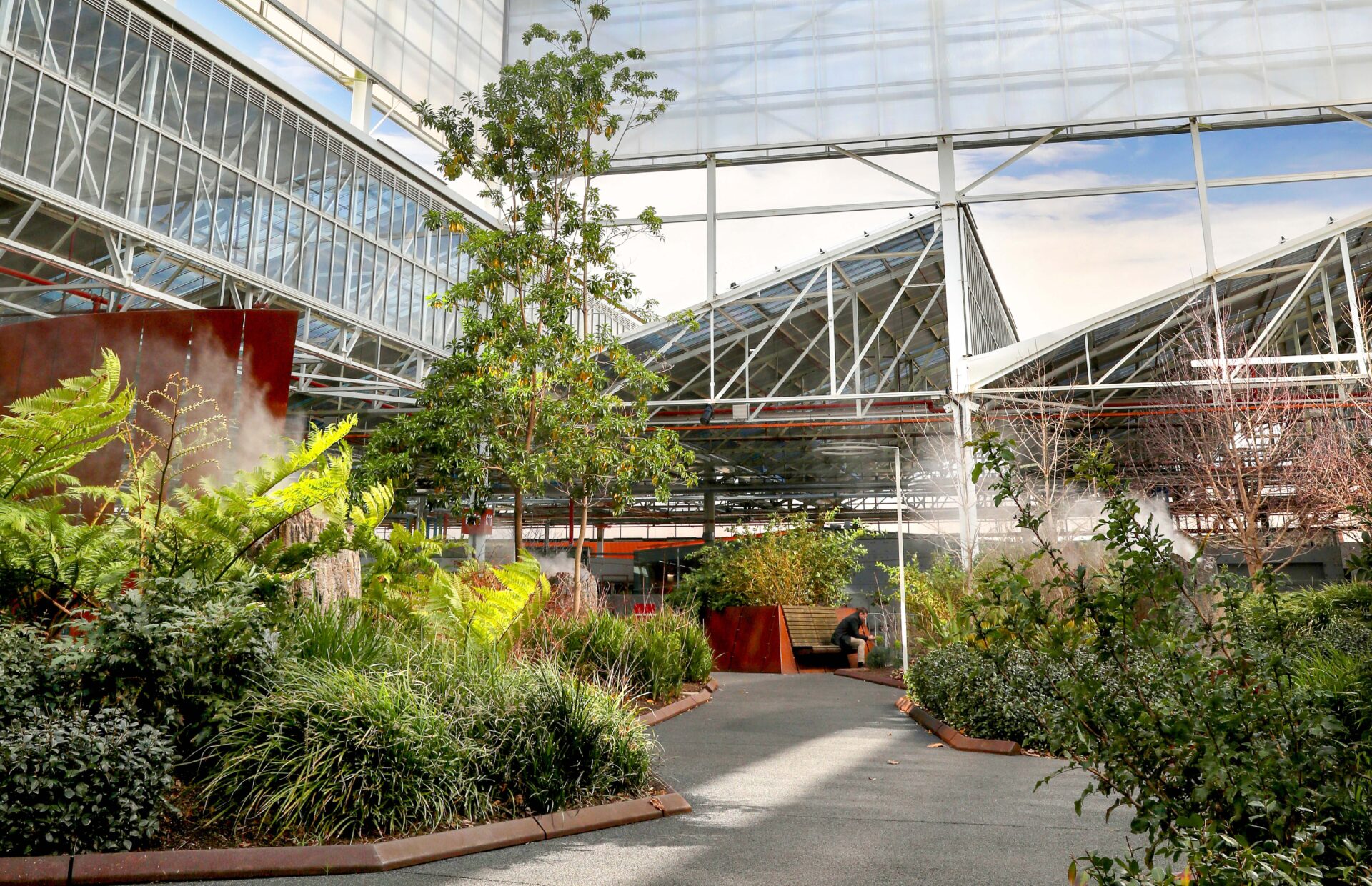 Designed by Oxigen Projects, Tonsley Innovation District’s three onsite forests (with a fourth currently under construction) have been acknowledged for their ongoing commitment by the State Government to create a new type of green public space in Adelaide.

Repurposing space in the former Mitsubishi manufacturing site, Tonsley Forests were originally designed to not only provide an activated hub at the centre of the community, but to ensure that the site would become a world-leader in emissions reduction. Each feature within the forests serve a specific purpose in reducing carbon emissions. The misting trunks in the forest animate the central forest as a distinct meeting space, but also contribute to climate control within the MAB. The public realm has also been constructed using water sensitive design principles part of the broader water system and nearby Oaklands Wetlands.

“The forests were designed and being delivered in the MAB as a key element of the public realm. They provide an outstanding level of quality amenity and a truly unique and inspiring setting for the Tonsley community” Vincent Rigter, Project Director for Tonsley

“From a technical perspective, the forests were identified during the master planning of the MAB as a critical design element to regulate the airflow and temperature. The forests remove the need for artificial air conditioning, reducing Tonsley’s carbon footprint. They were inserted into the MAB where the roof has been removed, allowing the gardens to emerge from the framework as well as opening to air and rain,” Vincent said.

“From an amenity perspective, they are wonderful spaces to visit, meet or relax in. There is really nothing else like them in Adelaide.”

Open to all, Tonsely Forests demonstrates the importance of nature in creating more resilient workplaces and communities. The award recognised Tonsley’s versatility and focus in creating a more sustainable living and working space in South Australia. Moreover, its immersion within a thriving industrious space proves it to be a unique, nation-first facility. 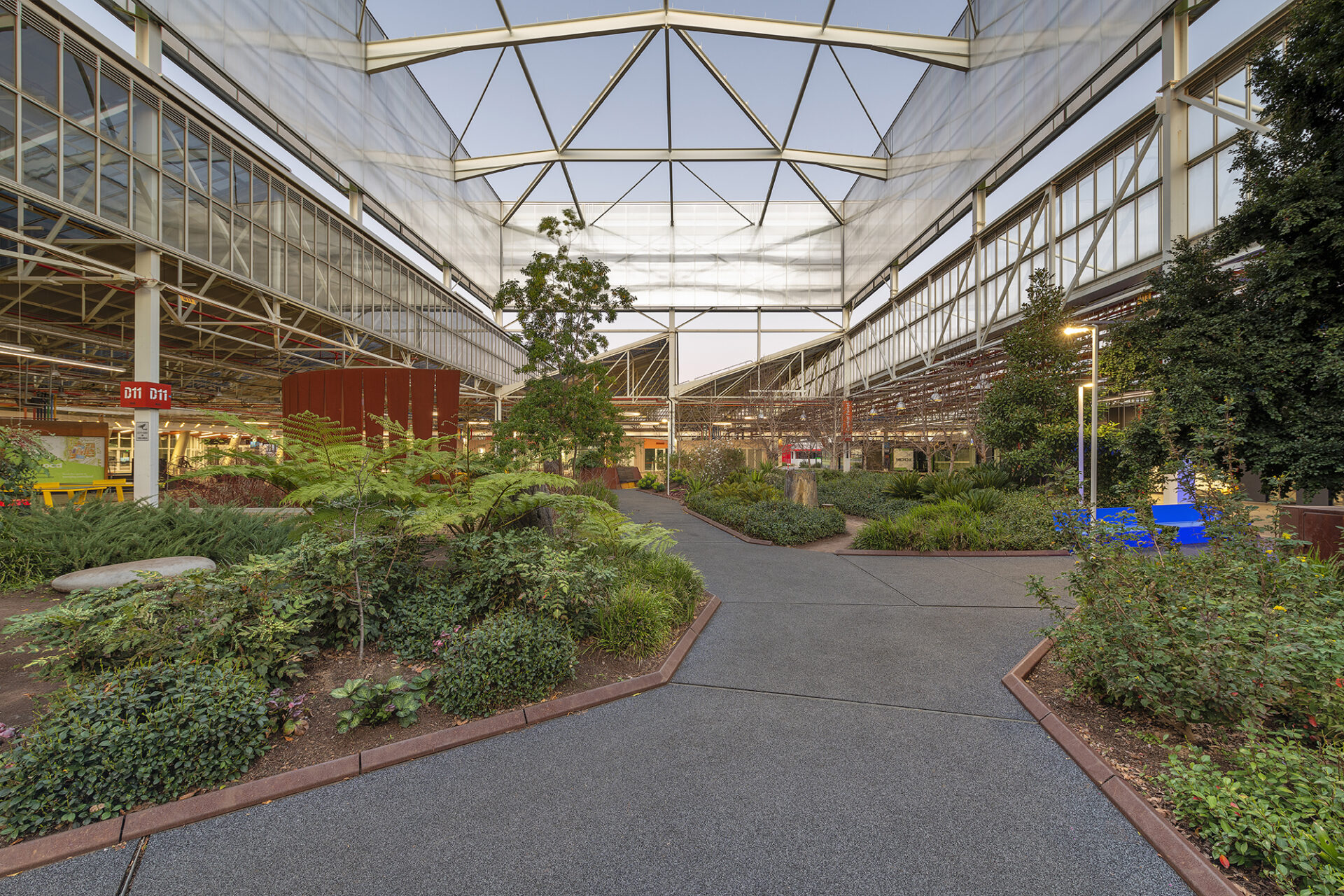 The AILA Jury commended Renewal SA for its leadership and design team Oxigen for the exemplary outcomes achieved for the Tonsley Forests. The winning entry was acknowledged for its innovation and for embracing Tonsley’s industrial past whilst cultivating a newer, greener future.

“We are delighted that Oxigen has been recognised for their innovative approach to design and problem solving. They have provided Tonsley Innovation District with inspirational spaces for the benefit of the community who live, work and study at the site.” Vincent Rigter, Project Director for Tonsley

WANT TO FIND OUT MORE ABOUT WHAT TONSLEY HAS TO OFFER?

Check out our commercial accommodation options and see if your business is a fit for Tonsley Innovation District.