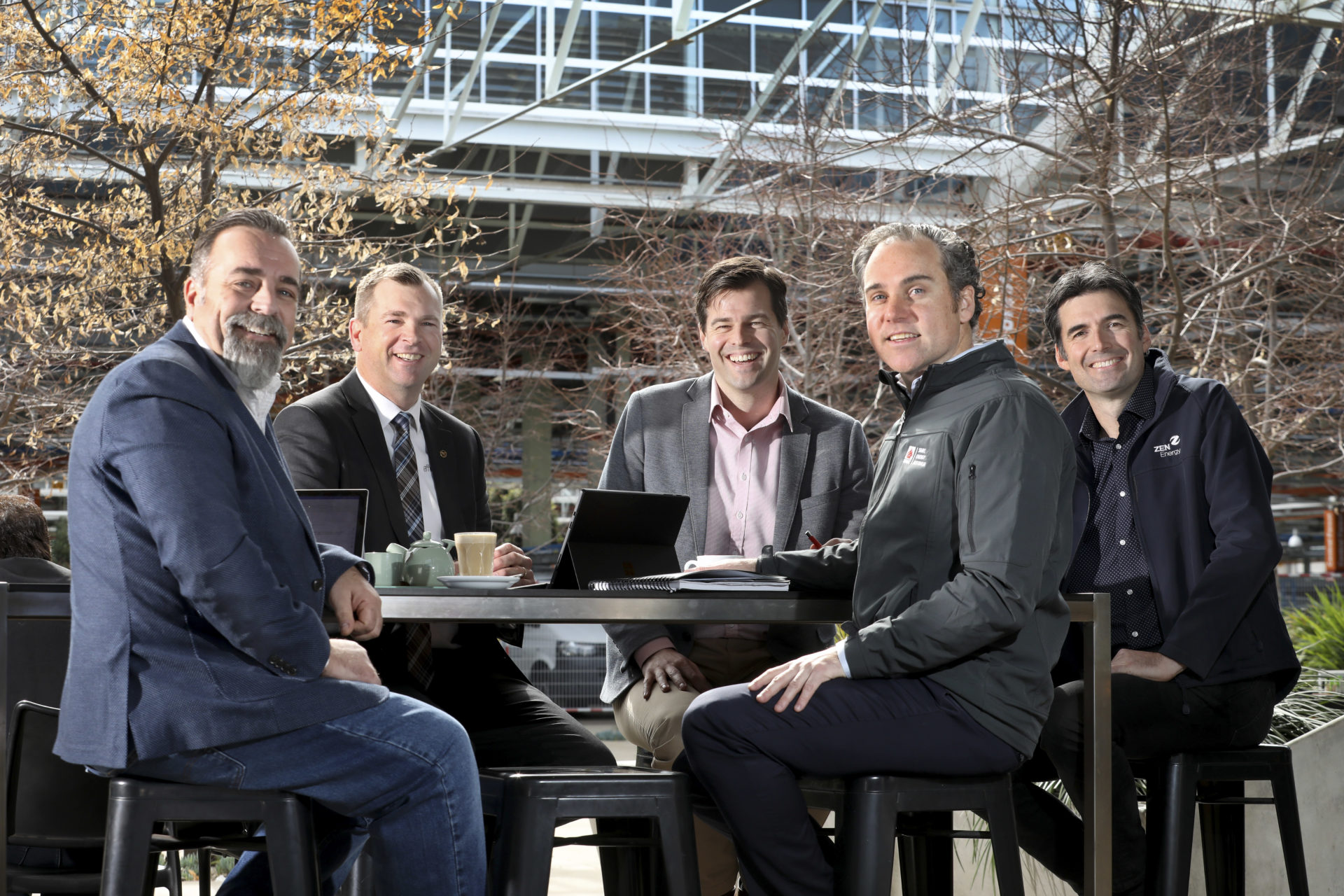 Sharing and industry leadership are the new currency for power and influence in business. The power of more is being harnessed by the newly formed Tonsley Future Energy Consortium (TFEC) at Tonsley Innovation District, which is being developed by Renewal SA at the former Mitsubishi manufacturing site in southern Adelaide.

“We are putting businesses that we have a relationship with through the consortium in front of our own clients to create new opportunities for each other,” says EfficientSee founder Quentin Roberts, who was a driving force in the creation of the TFEC.

“One of the concepts behind the consortium is to offer clients a one-stop shop for energy solutions.”

Quentin cites the example of an agribusiness client which needed software to track its productivity and equipment effectiveness. He was able to put digital operations specialist Nukon (part of the SAGE group) in front of the client, along with a range of other suppliers, and Nukon was chosen.

“We have confidence in recommending each other because we know they are good people and will look after our clients. Plus, we see each other often and can get updates on how the work is going.” Quentin Roberts, EfficientSee Founder

The TFEC worked with the Southern Adelaide Economic Development Board and Marion City Council to help four small businesses in Edwardstown to improve their energy efficiency.

The businesses – a filter cleaning firm, a diesel mechanics workshop, a company selling point of sale equipment, and an auto parts retailer – were assisted by TFEC with energy audits and took up recommendations for equipment such as energy metering, solar arrays and other initiatives to suit their needs.

Quentin founded EfficientSee in 2009 and worked from home or clients’ sites for the next seven years. Then in 2016 he moved into the CO-HAB hot-desk co-working space at Tonsley where he scaled up to eight employees. In late 2017, EfficientSee moved to a larger CO-HAB office in Tonsley’s iconic Main Assembly Building.

“Small business can be isolating. You can feel like it’s just you taking on the world. Here I feel like I’m part of something bigger.” Quentin Roberts, EfficientSee Founder

TFEC leaders get together once a month, usually at one of the cafes in the MAB, taking time to keep each other informed and learn more about each other.

“Co-location is one thing, collaboration is another,” Quentin says. “It does take someone to take that first step and take the time to get to know what the other businesses on site do. It’s about developing that culture and seeing it come to fruition.”

Explore our commercial opportunities and be part of something bigger