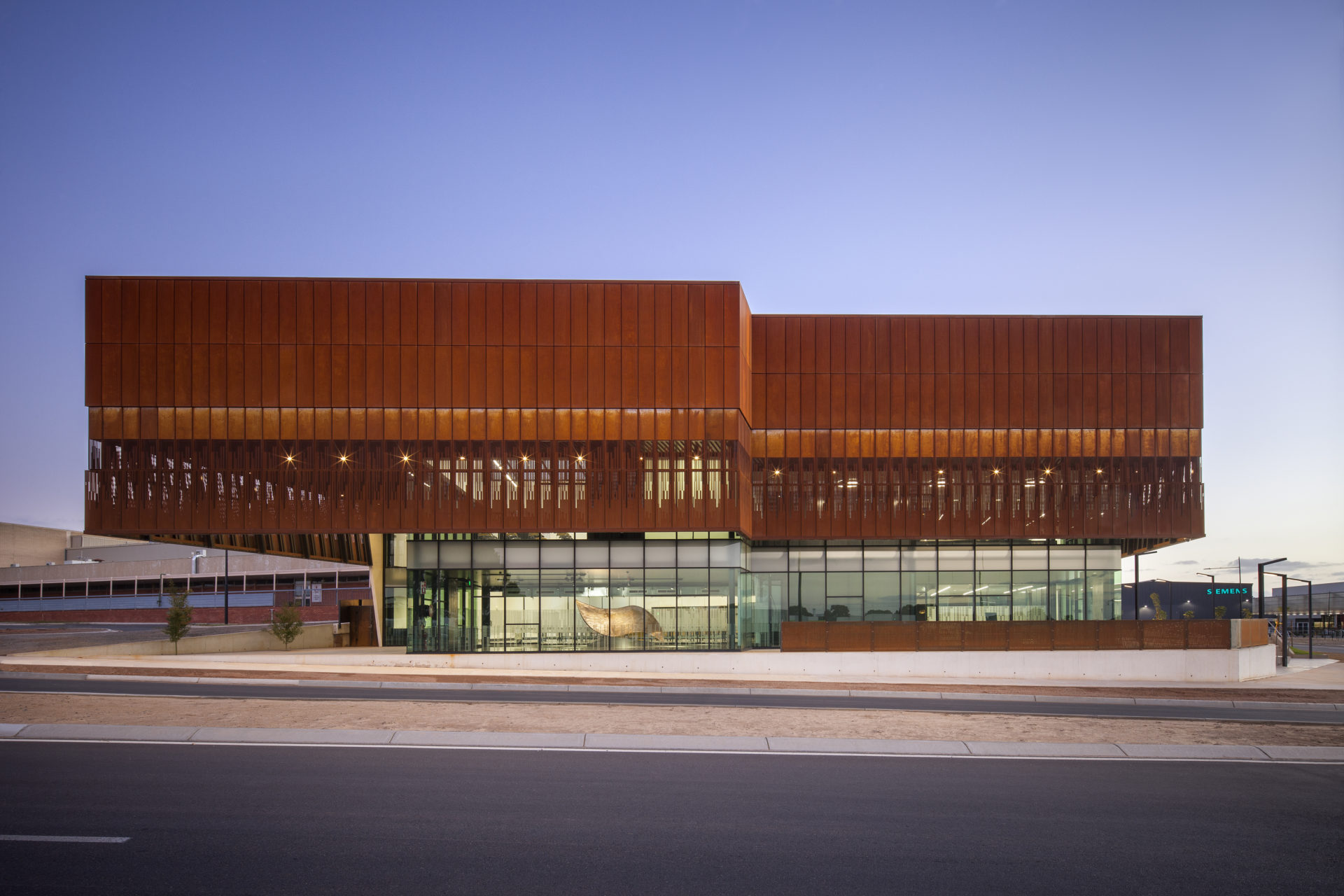 Tonsley welcomes Western Air as the first private business to set up offices at the South Australia Drill Core Reference Library, based at Tonsley Innovation District.

Western Air’s move to the Department for Energy and Mining’s Drill Core Library represents a new and exciting chapter for the South Australian company as it continues to unlock mineral exploration opportunities and the wider potential of the mineral resource sector in South Australia and around the world.

Known as one of the most advanced drill core libraries in the world, South Australia’s state-of-the-art Drill Core Library hosts geological samples recovered from 130 years of mineral and energy exploration. These irreplaceable samples represent valuable direct records of the geological materials retrieved from the depths of the crust. They will continue to be investigated and analysed by new generations of geologists in industry, research, education and government to expand our current knowledge about the rich mineral resources hidden beneath the land surface of South Australia.

For more than 40 years, Western Air has pioneered portable air compressor units for drilling rigs, which are essential for the exploration of minerals, oil and gas, both locally and internationally.

Western Air Managing Partner Gary Algate said collaborating with the Department for Energy and Mining and establishing an office at the Drill Core Library created a natural partnership with the mining industry.

“The South Australia Drill Core Reference Library recognises the state’s rich mining and resources sector’s history, and the role it plays in mineral exploration internationally. By being located here, we can create stronger partnerships with companies undertaking mineral exploration development, and support them as they build a stronger resources industry into the future,” Mr Algate said.

“Being based at Tonsley also provides us with access to leading innovators in South Australia, where we will be able to collaborate to boost growth and create economic opportunities across several industries. Our joint vision is to boost mineral exploration opportunities, unlocking the potential of South Australia’s mineral resource wealth sector for many years to come.” Gary Algate, Western Air Managing Partner

“With Western Air and the Drill Core Library operating under the one roof, united by their common goal to advance mineral discovery, the mining industry will have a single resource in technology and education,” said Philipp Dautel, Precinct Director of Tonsley Innovation District.

“Having Western Air join the Tonsley community will also significantly boost the district’s capacity in mining and energy services — one of its four focus sectors — and enable Western Air to be a part of a thriving ecosystem in high-value manufacturing. This will in turn support them to develop the kind of partnerships, diversification and business growth that is typically not achievable by a business in isolation.” Philipp Dautel, Precinct Director of Tonsley Innovation District

Department for Energy and Mining Director, Geological Survey of South Australia, Rohan Cobcroft, said having Western Air working from the Drill Core Library would help build on the precinct’s reputation as a new venue hosting companies looking to expand in South Australia and support innovation.

“This partnership builds on the state’s capacity to provide innovative solutions and products to the mining and exploration sector which improve efficiency and safety.” Rohan Cobcroft, Department for Energy and Mining, Geological Survey of South Australia Director

“Hosting private sector companies at the library enables the development of new technology and concepts that serve to improve the outcomes for the exploration sector, which is another way that the Department can support industry growth and innovation,” Mr Cobcroft said.

If you would like to be part of our community of industry pioneers driving growth and innovation in South Australia, check out the range of allotments and tenancies that are available now and in the future at Tonsley Innovation District.