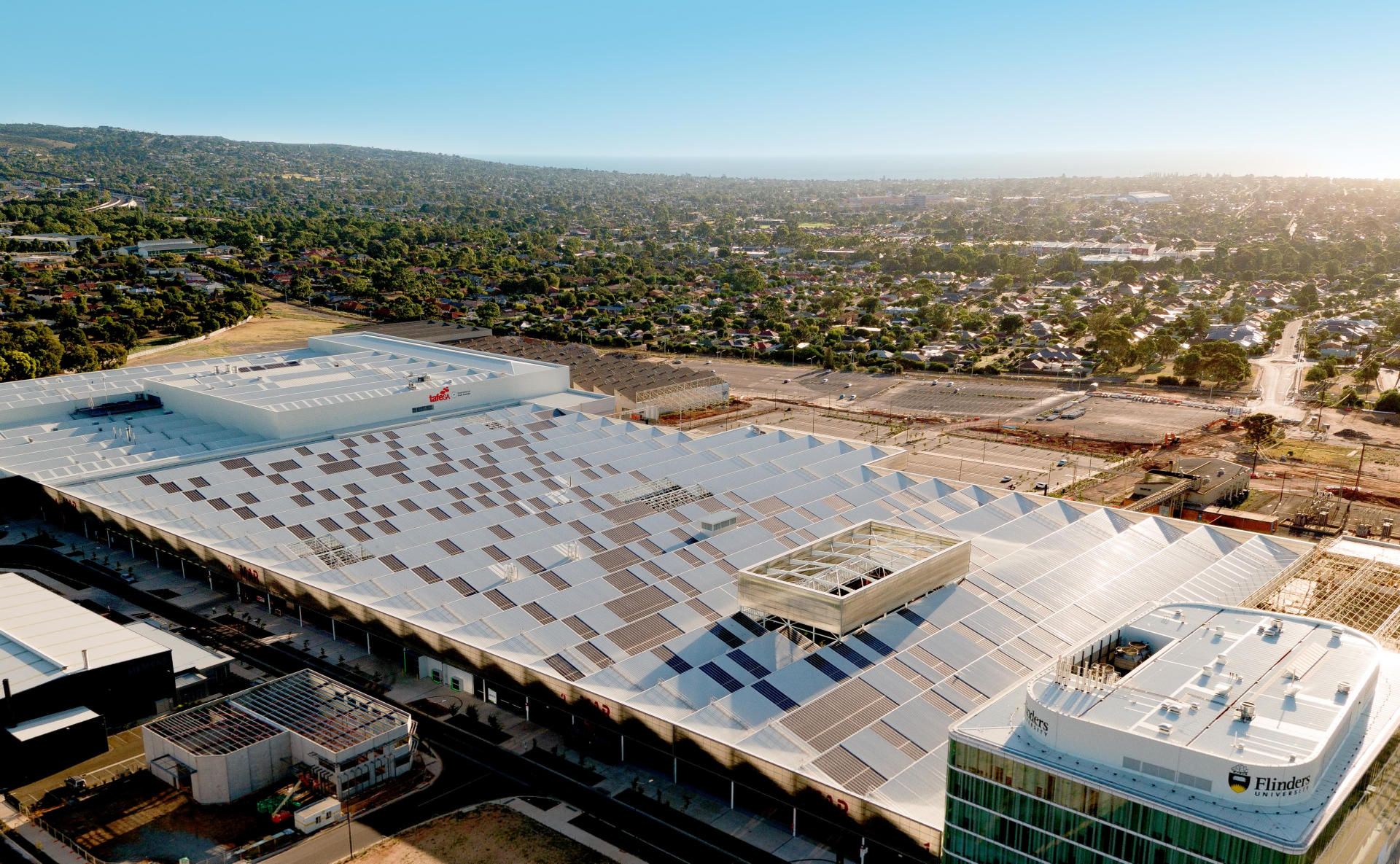 An on-site sustainable energy generation and supply scheme at Tonsley Innovation District is one step closer with the signing this week of a major contract for more than 7,400 solar panels for the 5 hectare roof of the Main Assembly Building.

Tonsley-based ZEN Energy, a division of SIMEC Energy Australia, will supply, install and maintain the panels for Enwave Australia, which will operate the District Energy Scheme at Tonsley.

Installation of the solar array will begin soon and is expected to be fully completed by early next year. ZEN Energy will use a fully South Australian based workforce to deliver the installation.

The scheme will optimise solar energy generation and battery storage for the peak load of the entire Tonsley district, enhancing security of energy supply and providing competitive energy pricing.

Tonsley is also the home of other leading firms in the renewable energy sector, including Tesla, AZZO and Siemens.  The District Energy Scheme will further consolidate the district’s role as a hub for investment and innovation in this sector.

SIMEC Energy Australia chief executive Mark Barrington said the solar panels would work with a range of other technologies in the Tonsley District Energy Scheme to show how the benefits of renewable energy could be integrated across an entire community.

The 2.34-megawatt array is expected to generate up to 3.2 million kilowatt hours of energy that will be fed into a microgrid on site.  This will translate into offsetting as much as 3,500 tonnes of carbon dioxide every year, over the lifetime of the system.

An added benefit of the project is that ZEN Energy has committed to use a fully South Australian workforce to deliver the installation.

As Tonsley continues to grow, we are planning to increase its solar energy capacity to as much as 6 megawatts with over 20,000 solar panels, with the aim of generating at least 30 per cent  of Tonsley’s business and residential energy demand from renewable sources.