The Tonsley vision has been based around a triple-helix partnership between government, university and industry while adhering to the guidelines of the Innovation District Model, read why Tonsley Innovation District was awarded the “Innovation in Development Award” at the recent UDIA awards below.

The whole of Tonsley’s electrical infrastructure has been designed to run off an independent embedded network.

The goal was to retain and take advantage of the existing expansive 8-hectare northwards-facing saw-tooth Main Assembly Building (MAB) roof by installing a large solar array, providing cheaper power to businesses and residents, and improving the reliability of the power supply with no upfront capital required from the South Australian Government.

In early 2020, ZEN Energy, who had been contracted by CleanPeak, completed the installation of 7,400 solar panels on Tonsley’s MAB roof. The 2.4MW solar system is one of Australia’s largest rooftop arrays. As of September 2020, the panels have performed well, generating more than 3.2GWh of renewable electricity. This translates into offsetting as much as 3,500 tonnes of carbon dioxide emissions each year. CleanPeak are preparing to double their solar array by installing solar panels on TAFE SA’s roof and the Line Zero roof.

CleanPeak Energy generates 30 per cent of green energy on-site. Because of this, all residents and businesses live and operate under reduced power costs.

In addition to the embedded electrical network, the District Energy Scheme also provides Tonsley customers with non-drinking water. The water is captured at Tonsley as stormwater before being filtered within the nearby Oaklands Wetland, and then returning to Tonsley as non-drinking water for irrigation and non-potable uses. 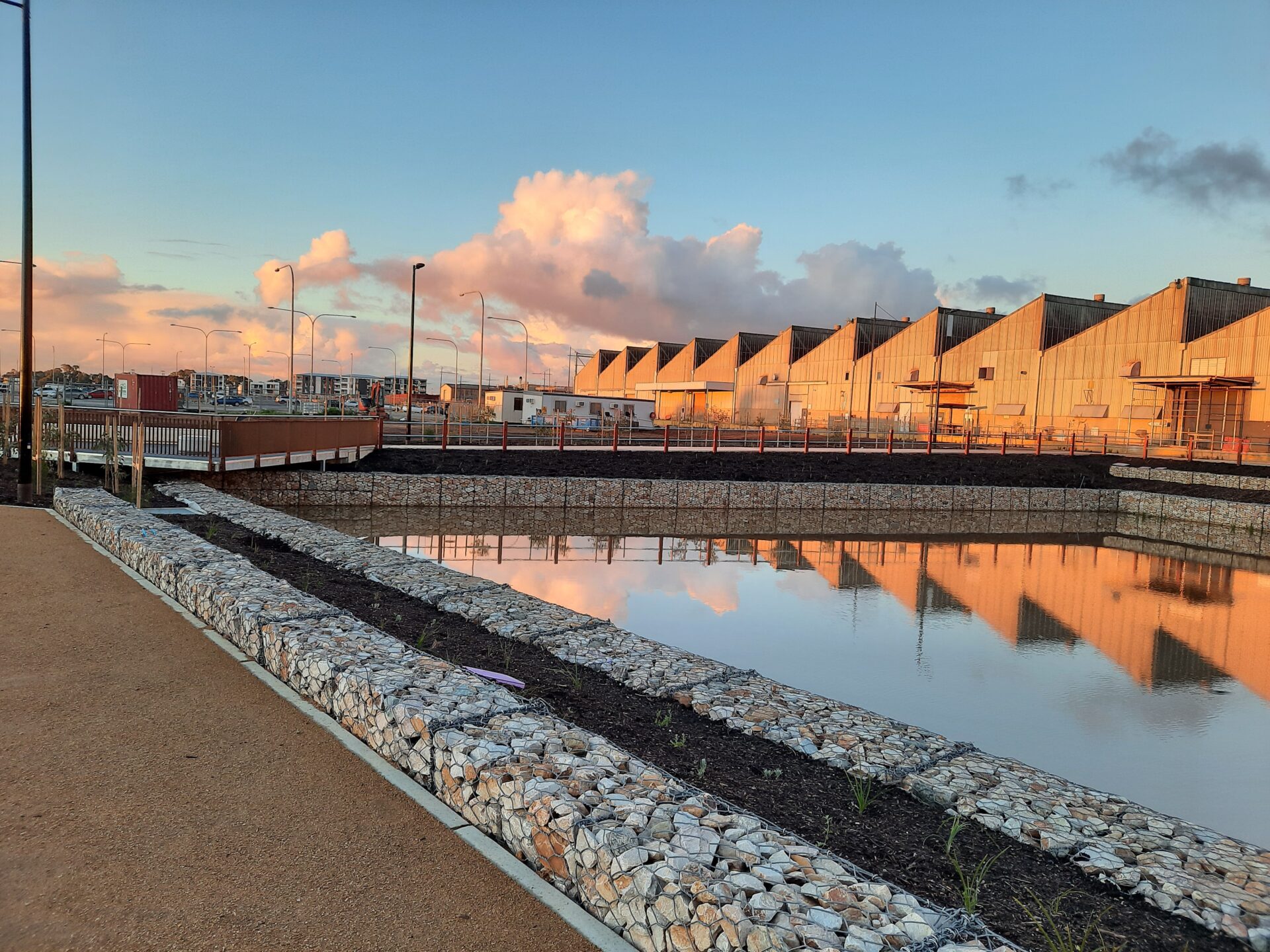 Every home at Tonsley Village is connected to the latest fibre optic technology.

This network, provided by Opticomm – a national leader in fibre networks – benefits from Tonsley Innovation District being a Gig City zone. Leveraging the location, Opticomm have partnered with local Adelaide ISP Escape Net to be able to offer a consistent 1GB internet speed to residents.

These benefits for Tonsley Village residents sit alongside a number of broader innovations coming out of Tonsley.

A centralised District Energy Scheme is being delivered at Tonsley Innovation District as part of a 50-year development agreement between Renewal SA and CleanPeak Energy. CleanPeak will invest approximately $40 million over the 50-year development period for required battery storage, photovoltaics, smart technologies and future electrical assets.

In an Australian first, and one of only a few projects in the world, a Tonsley tenant is now delivering a renewable gas blend to 700 homes connected to an existing gas network.

The hydrogen produced at HyP SA demonstrates how South Australia’s abundant solar and wind resources can be harnessed to deliver carbon-free gas to homes and businesses.

HyP SA is also a wholesale hydrogen supplier to industry with contracts signed with BOC to transport hydrogen from Tonsley around Australia.